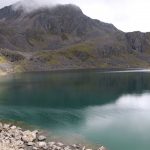 This is an outstanding Trek to the best and most unique part of the Langtang region from amazing Langtang valley, Gosainkund and finally to Healmbu. Langtang  is situated directly north of Kathmandu in the Central Himalayan Renge.  Langtan National park is the second largest Park in Nepal, in mountainous terrain south of the Nepal Tibet border.

Within its boundaries are some 45 villages, and with the main objective of the park is to preserve the region by allowing the locals to follow traditional land use practices which are compatible with resource protection.

The area offers a range of cultures: the main three ethnic groups living there are the Tamangs, Yolmus and Bhotias who originated from Tibet. The hill forests (2000-2,600m) across the southern slopes of the park consist of Chir Pine, Rhododendron, Nepalese Alder and Oak.

This trip leads north and higher to the Montana zone 2,600-3000m. covered by mainly Mountain Oak, fading to Silver Fir, Hemlock and Larch in the lower sub-alpine zone 3000-3,6000m. Throughout several species of Rhododendron form a twisted and colourful, carpet.  Continuing higher to the tree line Birch and Fir forest are the last to survive. It is here at 3,600-4000m that Juniper and Rhododendrons shrubs slowly disappear into the expansive alpine grassland meadows. Here the elusive snow leopard is still thought to roam the alpine heights for prey. The park is also well known for its populations of red panda, Himalayan black bear, wild dog, Himalayan Thar, goral (mountain antelope) and more than 250 species of birds.