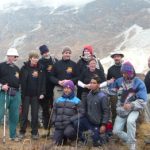 I Love Trekking Nepal present an interesting trek to Langtang Valley and Gosainkund with  a high alpine pass to traverse. Become a pilgrim, and head to the shimmering lakes at Gosainkund.  There you will find peace and serenity alongside the Buddhist and Hindu pilgrims.  It is no wonder this area is sacred, affording views extending all the way to the Annapurnas.  Cross Laurabina Yak La Pass, (4,615 m), adjoining the Gosainkund and Helambu regions.  At this higher altitude, the terrain will transform to arid alpine above the tree line and the villages will become sparser.

The journey descends on the steep mountain trails high above the valley.  Culturally, Helambu is one of the most wealthy regions in Nepal. Prominent in this region north of Kathmandu, are peoples of Tibetan origin. Above the tree line, the valley opens up into a classical, glacial ‘U’ shape, bounded to the north by the impressive Langtang Himal, beyond which lies Tibet. The major peaks include Ghengu Liru (Langtang II), Langtang Lirung , Kimshun and Shalbachum to the south, the Chimsedang Lekh forms a ridge of peaks which includes Naya-Kanga 5,846m and Gangchempo, Tilman’s beautiful Fluted Peak. Beyond it extends to the Jugal Himal, terminating in Dorje Lakpa. To the east the upper meadows of Langtang end in a massive mountain wall, forming the frontier with Tibet.

Langtang valley is situated directly north of Kathmandu in the Central Himalayan Region.
This area was declared a National Park in 1976 and remains the second largest Park in Nepal, covering 1710 sq.km. In mountainous terrain south of the Nepal-Tibet (China) border. 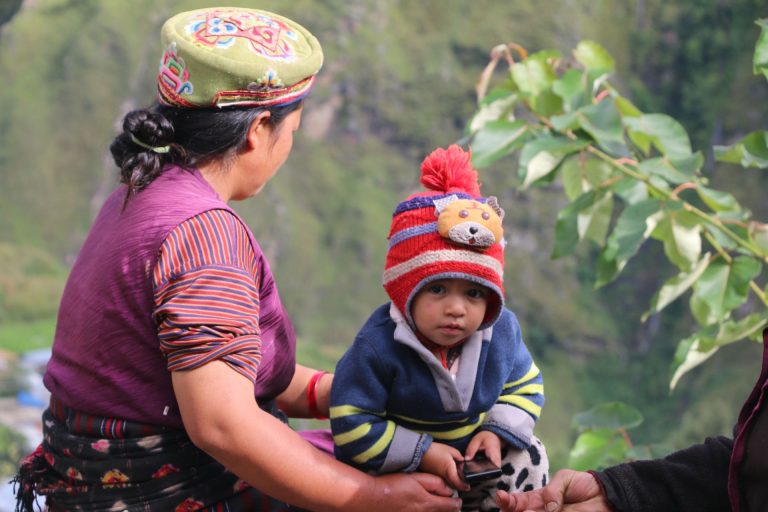