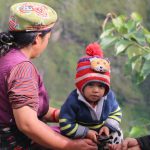 I Love Trekking Nepal offers a trek to one of the most beautiful regions in the foot hills of the Himalaya, which is just a few days away from the Kathmandu Valley rim, directly north east of Kathmandu in the Central Himalayan Region.

This area happens to be within and has always been referred as the Langtang region as most of the treks to Langtang start at Helambu. The Langtang area was declared a National Park in 1976 and remains the second largest Park in Nepal, covering 1710 sq.km in mountainous terrain south of Nepal-Tibet (China) border.

Within its boundaries are some 45 villages, and the main objective of the park is to preserve the region by allowing the locals to follow the traditional land use practices which are compatible with resource protection.

This trekking begins at Sundarijal or Melamchi Pul. The area offers a range of cultures with the main three ethnic peoples living there are the Tamangs, Bhotias and Yolmus. The Yolmo people of the Helambu region are often referred to as “Sherpas”. However, neither their languages, customs, or  clan structure resemble the Solu-Khumbu Sherpas of Everest. They are thought to be more akin to Langtang Bhotias, and may also have originated from the Kyirong area of Tibet, just over the border.

Their religion and monasteries show their rich Buddhist culture. At lower elevations along the edges of the park, other mid hill tribes and castes reside; including Brahmins, Chhetries, Sherpas, Gurungs, Newars and some Tamangs.